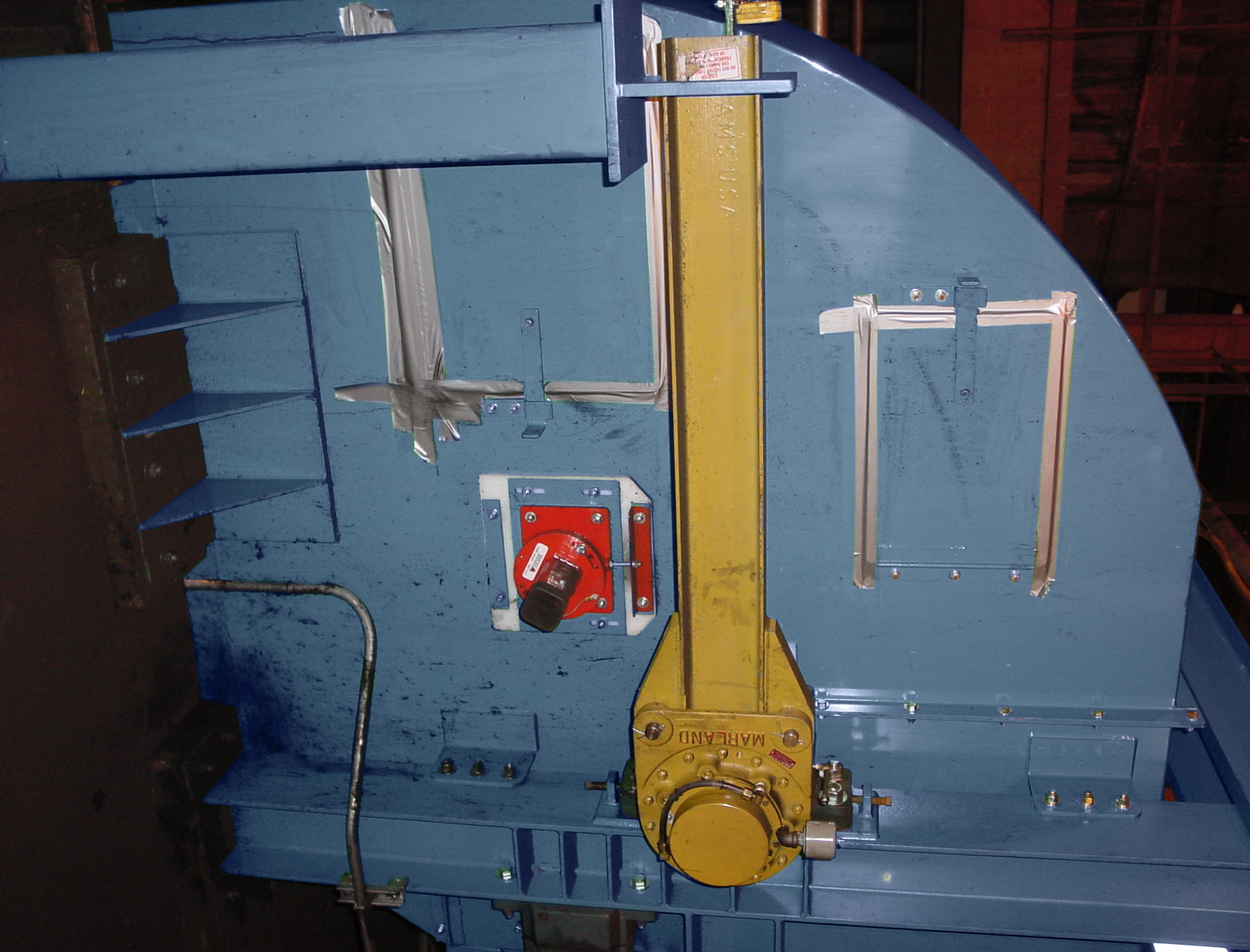 Duct tape is a fantastic tool. Duct tape can do many different things. Duct tape IS NOT a good dust seal.

I was on the west coast investigating a dust issue where the plant had dust coming out of the bottom of the transfer point. For a solution, they kind of wanted to use foam so I knew it had to be applied when the material started to fall. Up to the top of the transfer point I went. When I topped the stairs, everything looked fine but as I got closer, I started to notice something weird. There were plenty of well-designed doors, and I knew viewing the material stream would be a cinch. The doors were well placed and fit very well into the transfer point. They were actually some of the best homemade doors I had seen. 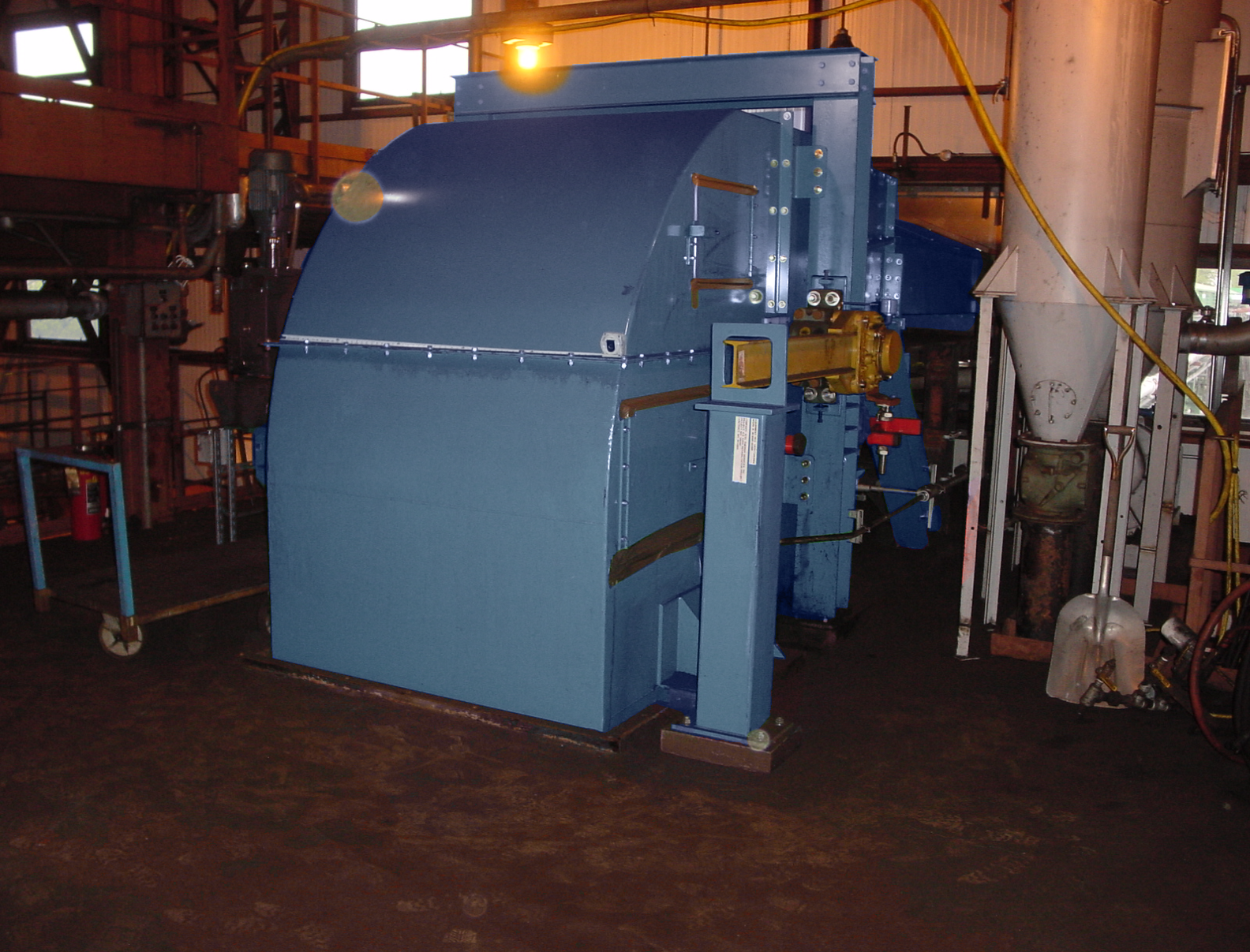 It was then that I realized they had used duct tape to seal their doors. I had never seen this before...I stopped the dust inspection and stood in silent awe of their ingenuity but also in fear of actually opening the doors. 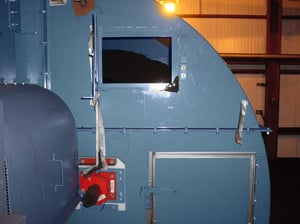 I needed to look at the stream so the head maintenance man removed the tape (something he told me he had not done until now). I got the perfect view of the material stream but the dust was starting to roll out of the opening so we had to close it quickly. In doing so, we found out why you should not use duct tape to seal an inspection door. When we closed the door, it latched but there was a small gap between the door and the chute wall and air was still flowing out. We tried to reseal the door but the tape was no longer sticky.

When shutting the door, the area that allowed to escape was reduced drastically, but the amount of air escaping stayed exactly the same. Because of fluid mechanics, the speed of the air increased by a factor of four (at least). Now, let me share a little phenomenon of airborne dust. Dust will go wherever the air goes, and at that speed. The material was coal, so we had a stream of black, flammable, and foul-tasting dust sandblasting us as we tried to work. It only took five minutes for the maintenance guy to run downstairs to get a roll of duct tape, but those were the longest, most unpleasant five minutes of my life.

By the time we finally sealed the breach, every square inch of the room was covered in a 1/16” film of black powder. It looked like the room had been painted. In addition to the film, the air in the room was filled with the thick miasma of Powder River Basin (PRB) coal dust. I am sorry I don't have a picture for you…I just wanted to get out of there as quickly as possible. Coal was in my ears, nose, mouth, clothes, hair, and electronics. The coal covered my skin, safety glasses, and tools. I knew what coal tasted like before, but I tasted it for days after this trip.

Given that PRB coal dust is combustible, we knew we had about two days before that dust would start to self-ignite. The maintenance supervisor didn’t even order a cleanup, he just made a few calls to get the transfer house evacuated. They opened up the fire sprinklers in the building and the entire mess was gone in 10 minutes.

Glad That Is Over

That was the strangest experience I have ever had the "joy" of being a part of. A simple decision, made many years ago to save a few bucks, resulted in an almost-comedic series of events that completely went off the rails quickly. I can’t be the only one who has experienced something like this. Share your story (in the comments section below) of a situation that spiraled out of control in the bulk solids industry...I would love to hear them!

What could they have done about it?

It's easy for me to point out all of the access doors, with a dust-tight seal, on the market. Doors such as this could have saved them a lot of aggravation, but it comes at a price. These doors cannot compete with $0.32 strip of Duct Tape, that much is true. However, let me leave you with this thought. There were five of us on this adventure, including the maintenance supervisor. We all lost 25 minutes of our day dealing with his mess. When the situation reached the point of no return, the remaining three guys in the transfer house had to stop for 30 minutes. The weekly wash-down ritual had to be completed a few days early, and I am sure it was not cheap either. Were those thousands of dollars worth the $0.32 piece of Duct Tape? 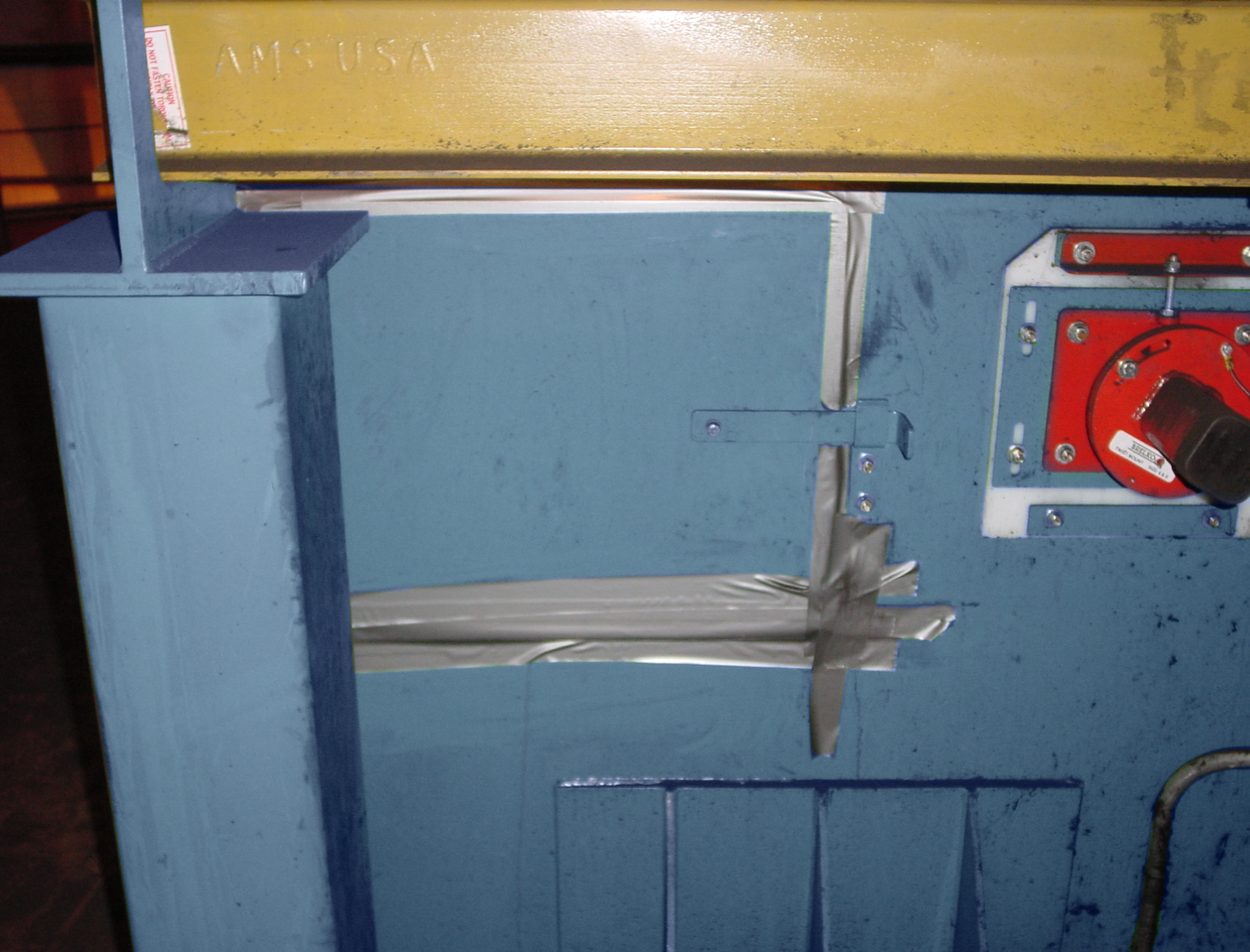