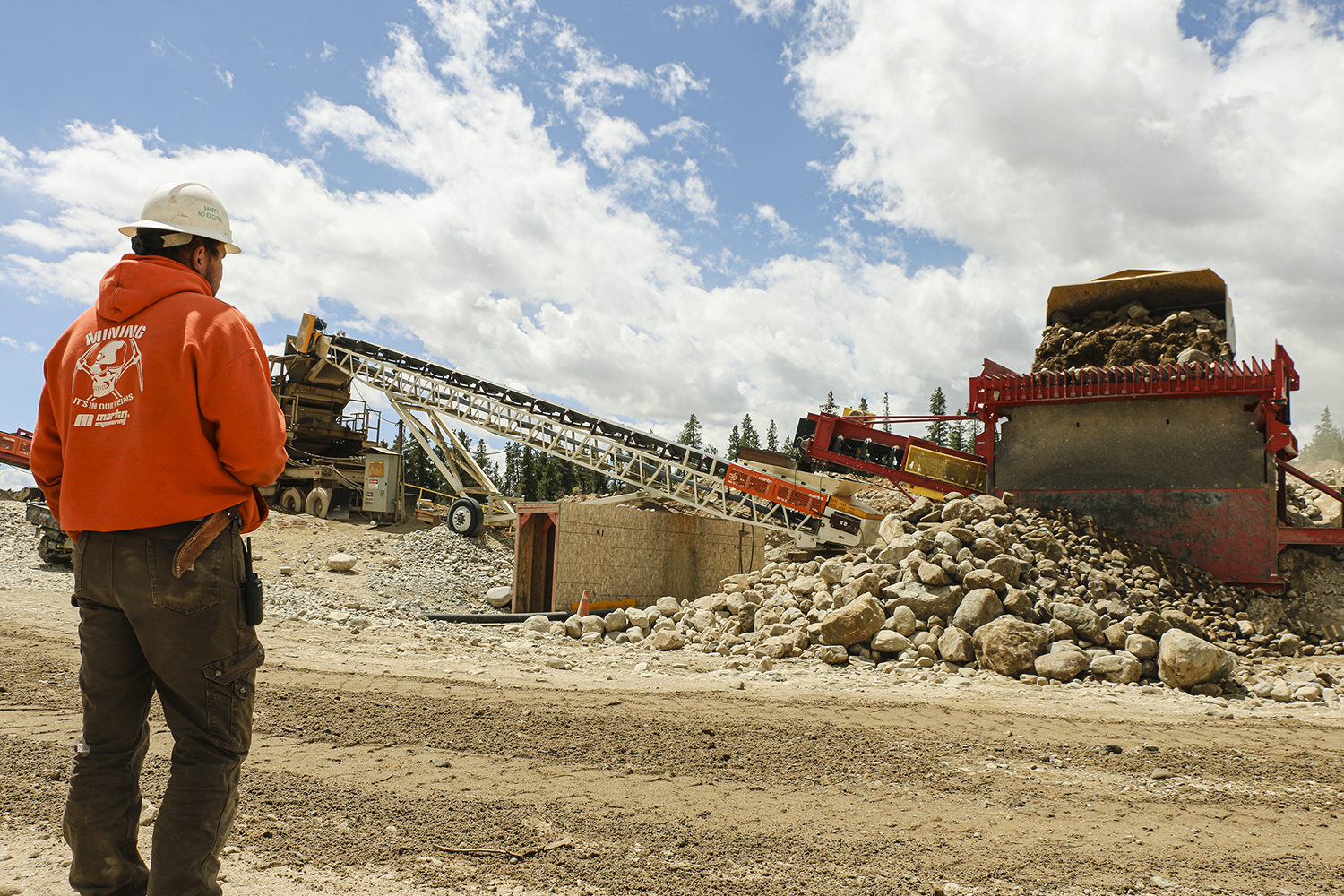 Are You Ok With Throwing Away Your Pay[dirt]?

A while back, my friend Trey called me about a problem he was having loading paydirt onto a belt conveyor feeding his wash plant. I’d worked with Trey during his time with the Hoffman Crew on Discovery Channel’s hit TV show Gold Rush. Martin Engineering had partnered with the 316 Mining team to ensure optimal performance of the belt conveyor systems. You can learn all about that adventure

I was familiar with his operation and equipment, but Trey had a different problem for me to tackle this time around. He wasn’t losing material from the conveyor, he was losing it before the paydirt even hit the belt. Due to the rocky nature of the ground they were mining, the hopper they were dumping paydirt into was fitted with grizzly bars. The bars were mounted on a hydraulic lift that the loader operator activated after feeding the hopper. The lift raised the bars, allowing the rocks to slide off and pile to the side of the hopper for removal. The paydirt then got deposited on the conveyor belt feeding the wash plant while the rocks didn’t.

Paydirt Dumped In The Rockpile 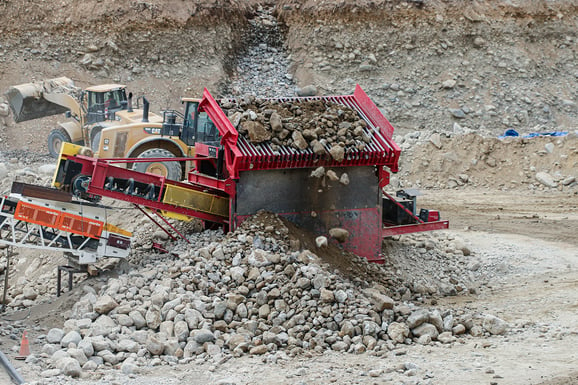 The problem, as Trey explained it, was that a considerable amount of paydirt was remaining amongst the rocks on top of the grizzly bars and was subsequently dumped off along with them. The pile of rocks to the side of the hopper included an easily visible amount of gold-rich paydirt that was being hauled away and discarded by another loader.

That’s the problem with material spillage that drives me absolutely crazy. Trey’s crew had put in the investment—all the planning, logistics, setup, personnel, time, energy, machines, fuel, parts, and paperwork—to get this gold out of the ground only to toss it right back amongst the overburden.

A Little Paydirt Adds Up Quickly 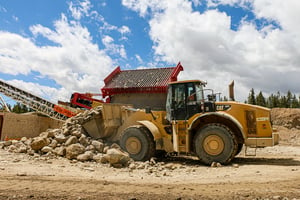 When adding up the visible amount of lost paydirt shift after shift, week after week, it didn’t take much to figure he was losing a considerable profit against his investment. On top of that, Trey wasn’t just losing product, he was incurring extra work in the process of hauling the additional material away. His cost of operation had increased while his production had decreased; not a good formula for a positive return on investment.

That’s the real point of this story I want to stress. Material spillage is costly. It’s easy to become complacent as it

and becomes as common to see as the equipment itself; just part of the plant, part of the routine, and worst of all - an accepted part of the process.

We need to step back and understand the full scope of the impact it has on operations. Material spillage isn’t just a production problem either. Safety and regulatory concerns weigh as heavy as the lost material itself. Government fines and lost-time accidents aren’t cheap and along with lost profits, it all boils down to a significant hit to the bottom line.

Fortunately, Trey recognized that there were ways to correct these problems and he was hell bent on doing just that. He had to. 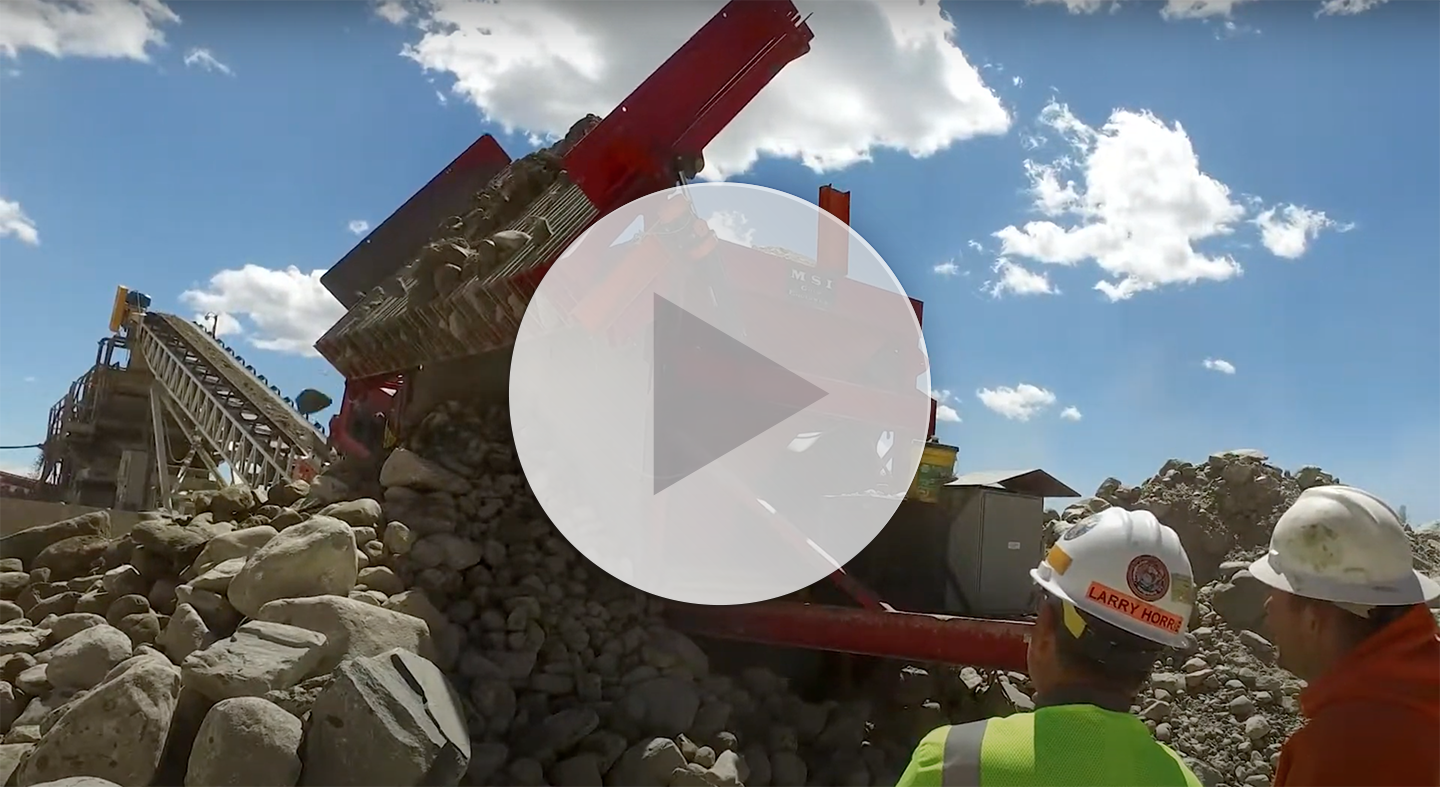 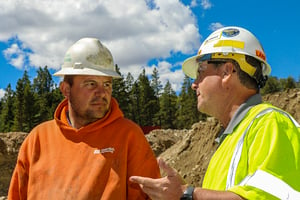 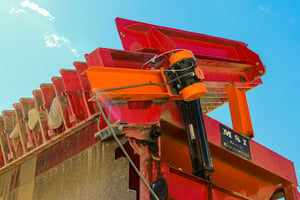 A quick trip out to Trey’s mine got the job done and ensured that all paydirt made it into the hopper and on its way to the wash plant. As with any operation, Trey and his crew had enough to deal with already without the burden of their process working against them instead of for them. As we say in gold mining, every ounce counts.