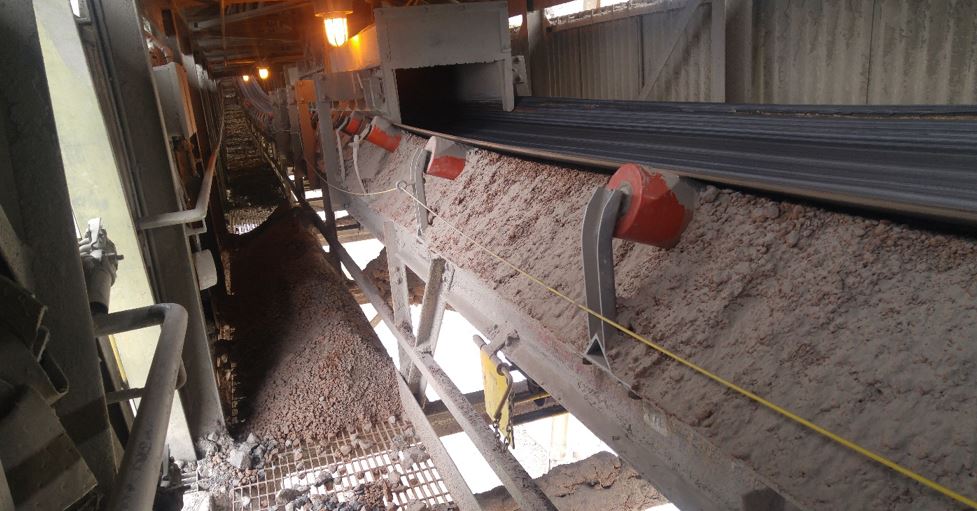 Does Finished Cement Belong On The Ground?

Seeing the light bulb go off for two cement terminal managers in front of my own eyes was an experience I won’t soon forget. When talking about the costs and risks associated with material that had fallen off of the conveyor belt and was sitting in piles on the ground, it clicked and they realized they had to make a change...and FAST.

While teaching an online Conveyor Performance class this week for a major cement producer in the US, we discussed safety, reducing carryback, dust, and spillage as well as proper belt-tracking procedures. Two of the attendees were terminal managers who had been taking some of their problems with conveyors for granted. They both expressed how they knew their conveyors had dust, spillage,and carryback but never really thought about the impact on performance and productivity.

We chatted about how to reduce dust by executing techniques such as:

They soon began to realize what a production nightmare they were dealing with. One of them discussed the importance of not letting finished cement fall onto the ground. He recognized the huge cost they were incurring in lost material and clean up time as well as exposing his workers to risk of injury while cleaning. After about an hour of discussion, he asked me to please send him the slides and content I was sharing so he could discuss them with his staff. By the time we concluded, he admitted that he had overlooked many opportunities to improve production and profitability at his facility.

The two-hour online class made my day, week, and month! It was incredible to see the reaction each terminal manager had to the concepts we discussed. They both recognized they had taken piles of material on the ground for granted. They seemed committed to making improvements and were excited to make a positive impact for their company. That is what I call a worthwhile effort!